The end of the financial year marks a phase where everything is rushed to attempt a photofinish by March 31st. Innumerable reminders to reconcile administrative tasks and closing business while making it look good in a month which marks the onset of hot summer is often enough to trigger a complete burnout – a time when you say enough is enough I need to get out of this shit and stay away from my regular strenuous life for a while. Happens to me practically every quarter and when it happened this time I barely had the time or mindspace to conceptualise a holiday and seek and search for hotel bookings etc. For the first time hence we relied on a local travel agent to arrange for local travel and acco and am happy we did it, albeit we could have done it better ourselves but at the cost of some stress which we wanted to avoid.

In the quest for an absolute opposite weather from the hot humid kolkata, we decided to go as high as possible in Sikkim, norther the better. We were warned of the tedious journeys up north – perhaps the reason most tourists stuck to east and south which were known to be more tranquil places easy to traverse- but frankly at that point we didn’t care much for comfort. We just wanted to get away as far as possible from the civilisation that we know of.


When we reached Gangtok from bagdogra however, our mini-me’s were tempted by the hill city life and we wondered if we should have taken the easy option of just enjoying that instead of taking off to treacherous terrains. The next morning however, after a brief walk on M G road and making a mental note of places to come back to on our way back, we shrugged off any inhibiting dilemmas and started off for the North.

Seven arduous hours later, we reached the sleepy village of Lachen – a place so remote that even the locals kept calling it remote everytime we enquired about the power cuts, hot water, chemist shops, hotel options, restaurants and lack of what we otherwise take for granted in our privileged city lives. Parched and fatigued from the journey, we asked what’s for dinner and the gracious owner of the hotel announced the specials – dal chawal cabbage sabzi and egg curry. Famished, we took double servings of the sabzi and daal so simply cooked it reminded us of home.  In fact from thereon we thanked the gods for every meal we had in those rocky terrains. 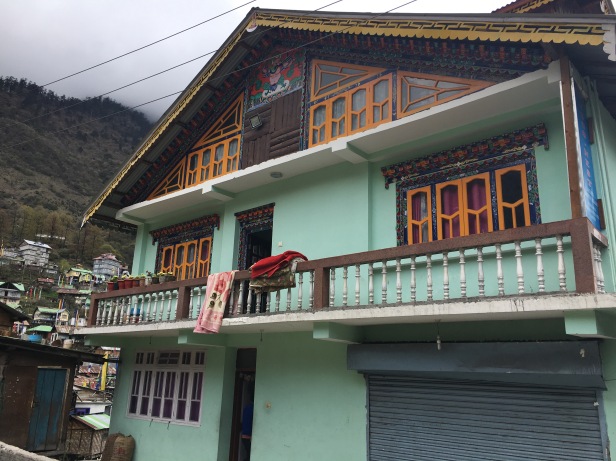 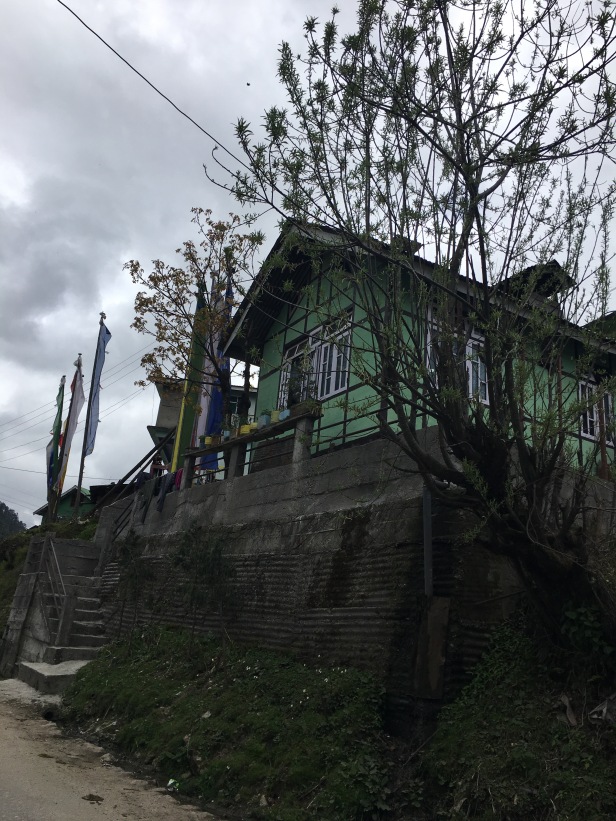 The one night stay at Lachen is important for acclimatising to the altitude, which is even more significant if one wants to head to Gurudongmar lake – among the highest in the world. We started for the lake at 4:30am the next morning, along the picturesque Chopta valley on a journey so scenic it made us halt every once in a while and breathe in the mountains and click away at them although pictures are hardly able to do justice to what we saw and experienced. The landscape changed so drastically along the way from green mountains to brown drier version with visible snowcapped peaks coming closer and closer along the drive. At about half way down the otherwise 4 hour journey, we stopped at a place for breakfast. The tiny hole of a place was packed with people, and a small army of helpers were busily running about steaming bread in momo steamers and dishing it out with butter alongwith piping hot tea to travellers. We opted for a more ‘luxurious fare’ of maggi with eggs which cost us 150 bucks – the highest we have ever paid for maggi and we totally understand why. We got a free refill of drinking water from the shop as a nice return gesture for giving a lift to the guy who was carrying their provisions from the valley. Carrying plastic bottles by the way is prohibited in this area all the eay to the lake, and the army check posts dotting the way ensure one follows rules. 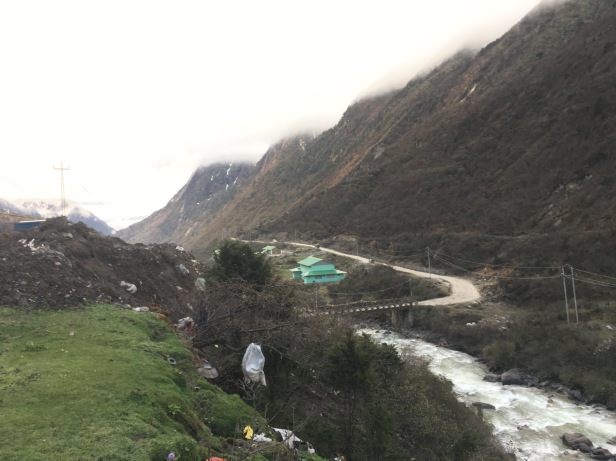 We kept tracking the altitude signboards as we went higher, as we closed in on Gurudongmar the signboard said 18700 feet and we felt a sense of pride at having survived it without any sign of altitude sickness that we were worried about. Stepped out at the lake with a low oxygen warning telling us to get back in the car in 5 mins. The view of the lake was breathtaking – if you discount the low oxygen irony that is. There were other tourists at the spot bragging about being there for 25 mins etc but frankly i’d have preferred such places to stay serene and calm and less noisy – and noise pollution is a form of pollution too – something i often wish tourists, especially Indian, realised. 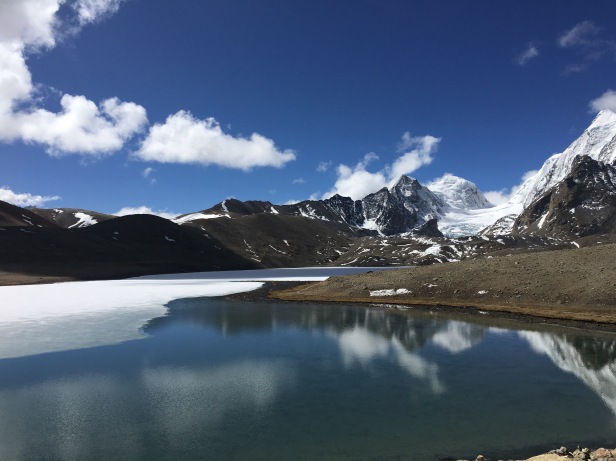 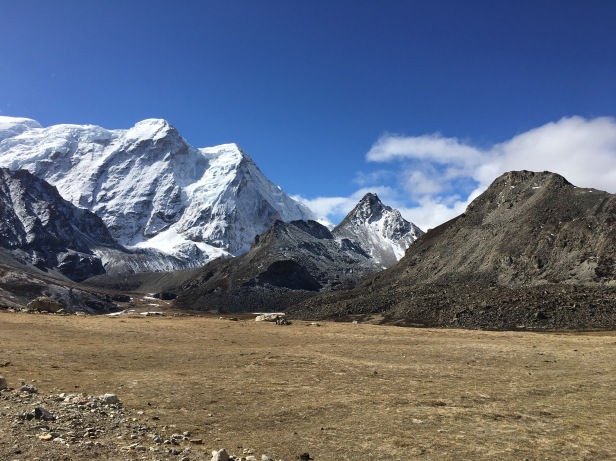 Our way back took us slightly lesser time than we had taken on our onwards journey. Nevertheless the offroading experience is something that anyone visiting Sikkim must be prepared for. Carry a tiger balm perhaps because you would need it one way or other. We made a mental note of it and made a conscious decision to cut down on our wishlist of places to see at one-go – instead spending more time at places like Yumthang the next day to relax and chill which is what we were there for, skipping the rush to Zero point where the rest of the crowd was rushing off to. 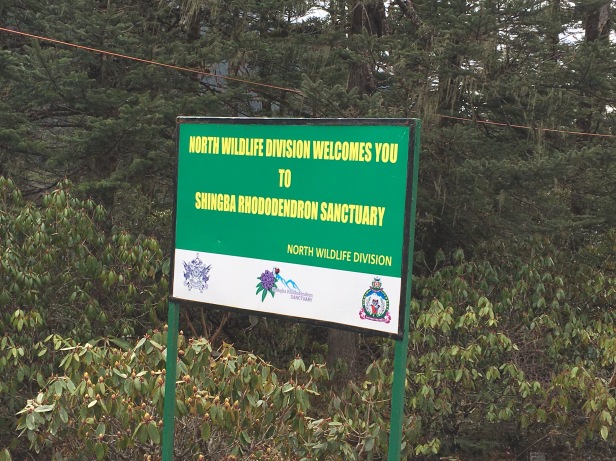 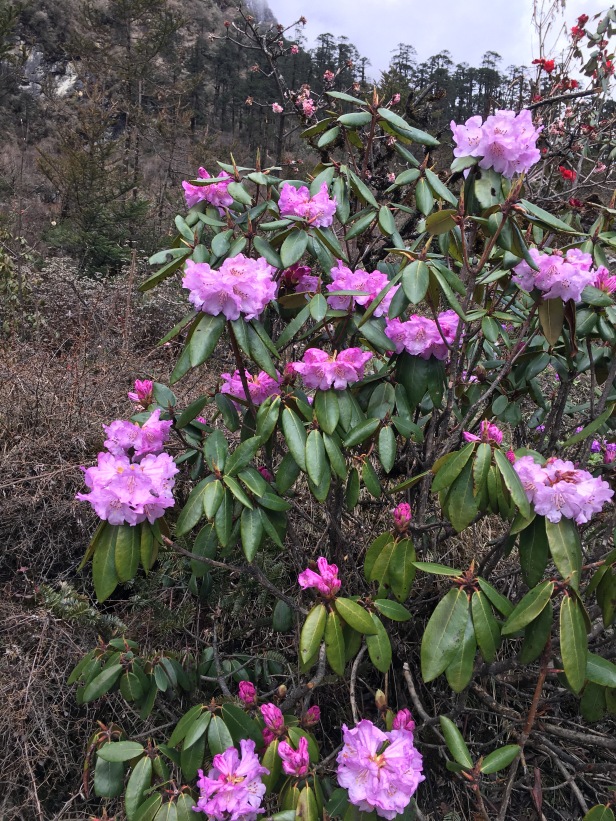 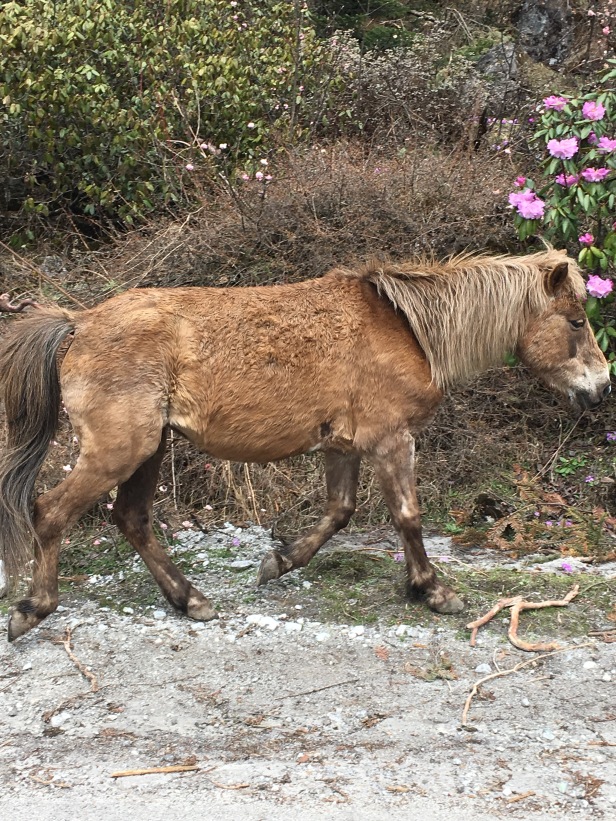 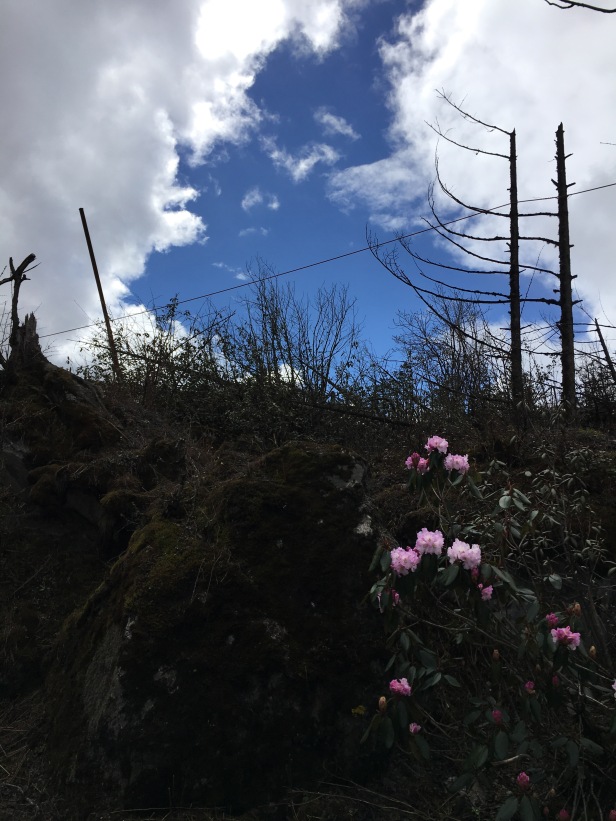 The drive to Yumthang valley was yet another beautiful and enjoyable ride amidst the Rhododendron sanctuary with red pink and white flowery blooms dotting both sides of the road, and mountain goats, buffaloes and yaks grazing away peacefully in the meadows. The valley itself was a pleasant walk along the shallow river bank with plenty of photo-ops with the gorgeous sugar-dusted mountains in the backdrop and the clear blue sky that made it all seem so surreal. 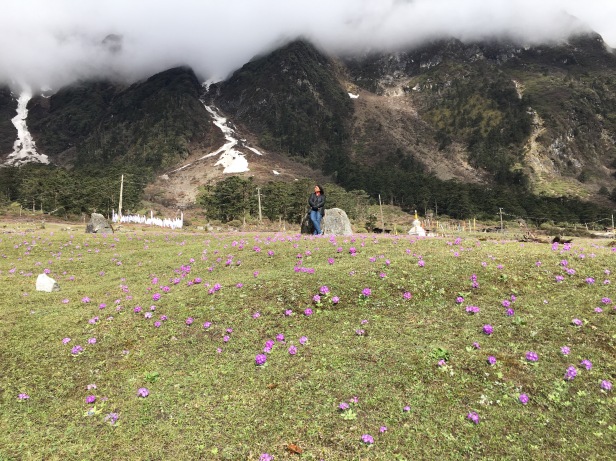 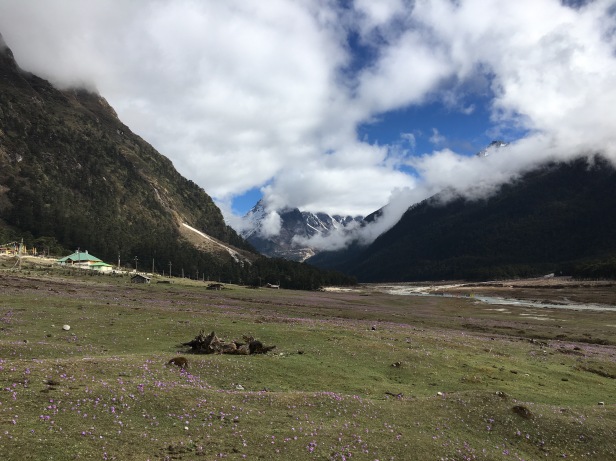 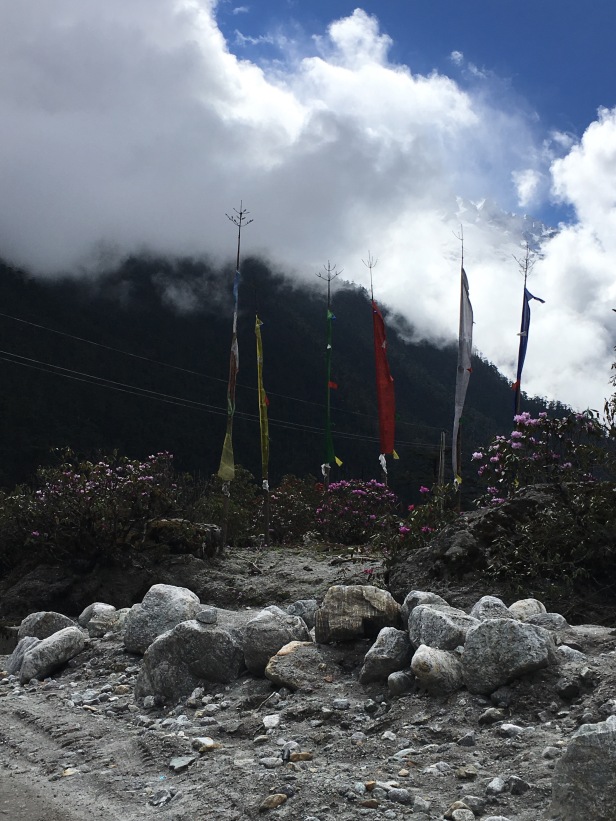 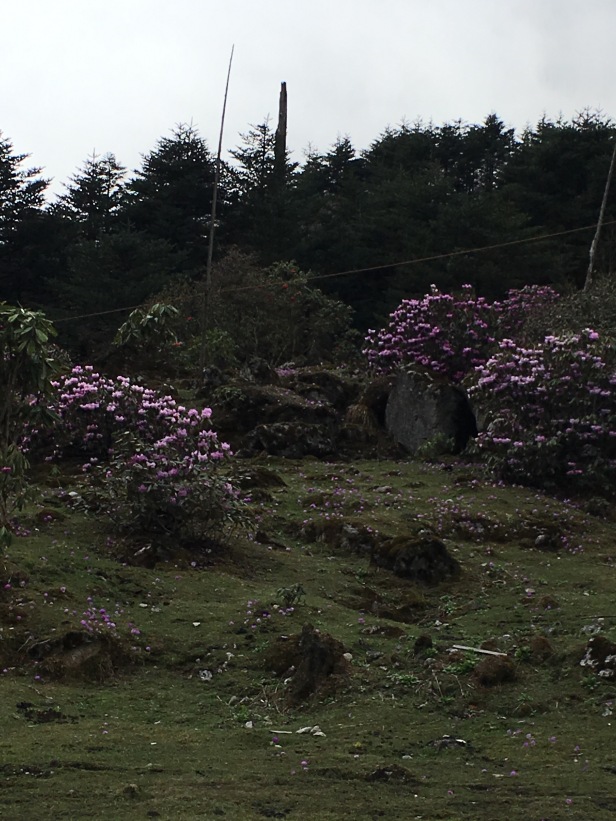 The remaining leg of our journey while being enjoyable in its way, was pretty uneventful by design because we chose to slow down – spending a day at Gangtok catching up with friends who happened to be travelling too – moving on to the quaint South Sikkim town of Ravangla and plonking ourselves in a hilltop cottage, visiting closeby places like the Budhha park and Namchi, another pretty hilltown that impressed us. On the whole we found hill towns of Sikkim much more cleaner and organised than most of the other hill cities in other States we had seen. People did not litter as much, there were bamboo baskets everywhere that doubled up as litter bins and most were emptied regularly. The roads within the towns are fairly good, although the state roads between places leave a lot to be desired. The army however is building roads and stepping in wherever cars are stuck in mudslides – we dropped an army engineer on one of our journeys downhill and couldn’t but help marvel at the sacrifice of family life these guys are doing to ensure we civilians live comfortably. 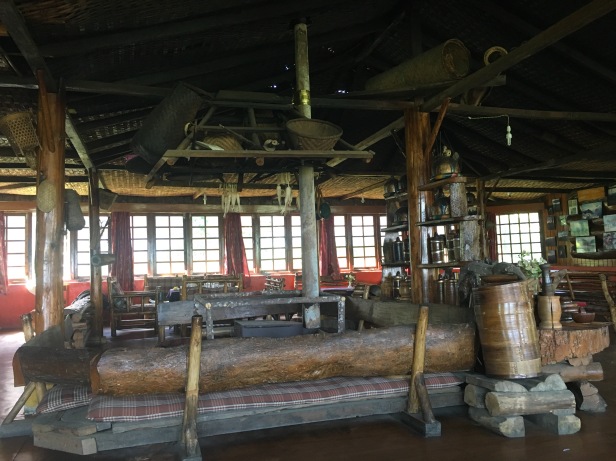 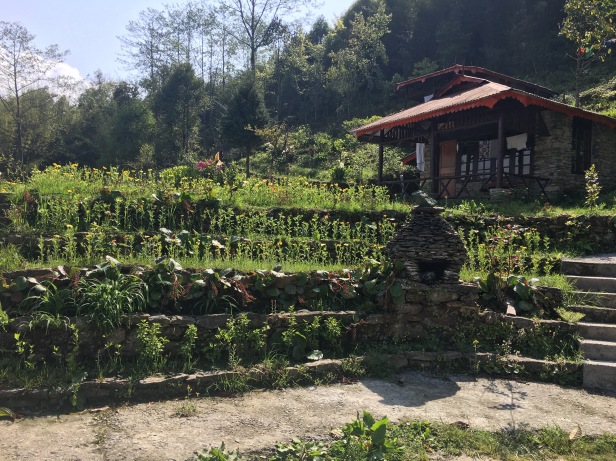 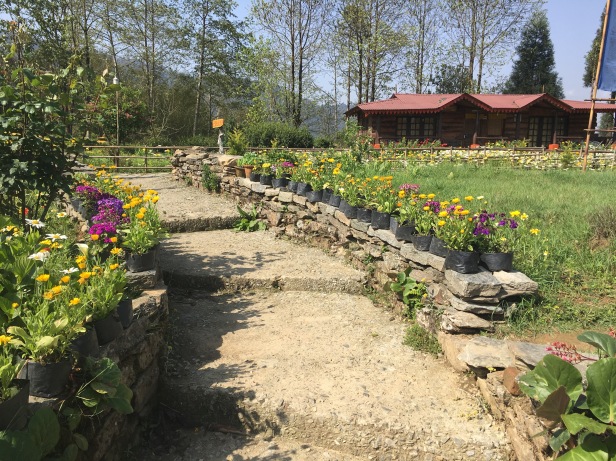 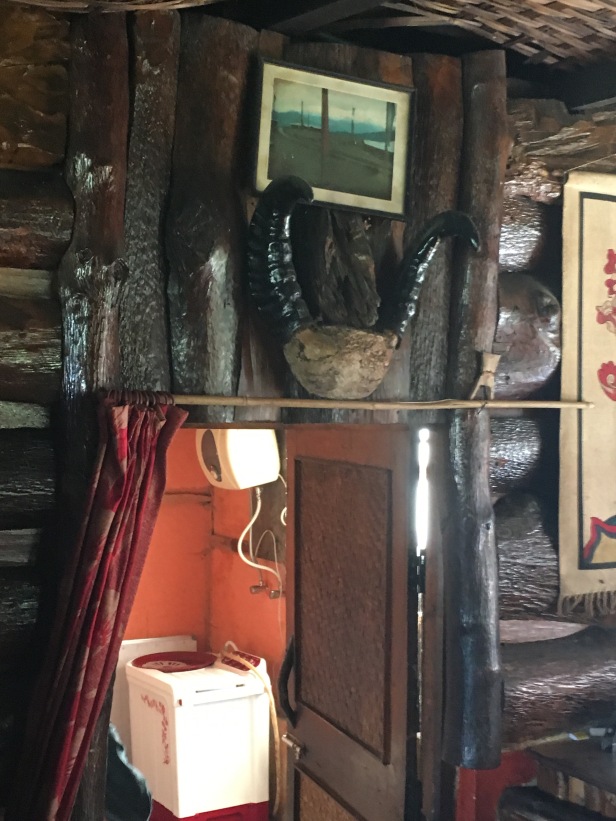 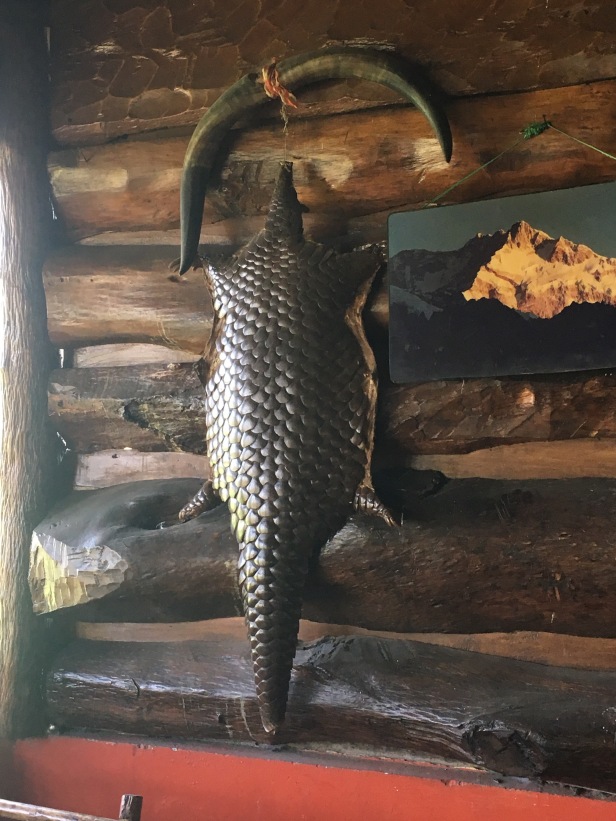 Leaving readers with some glimpses of our journey captured through lenses although photographs hardly do justice to the journey one must experience in their lifetime. A small tip though, when in the hills keep your expectations low when it comes to basics. Be prepared to rough it out a little, stay in homestays, live like the locals do, the views will be worth it. Crib less, do not litter and leave the place as clean as you would like your home to be. Be a traveller not a tourist. End of sermon.

And now for a few foodie pics

3 thoughts on “The North Sikkim Escapade” 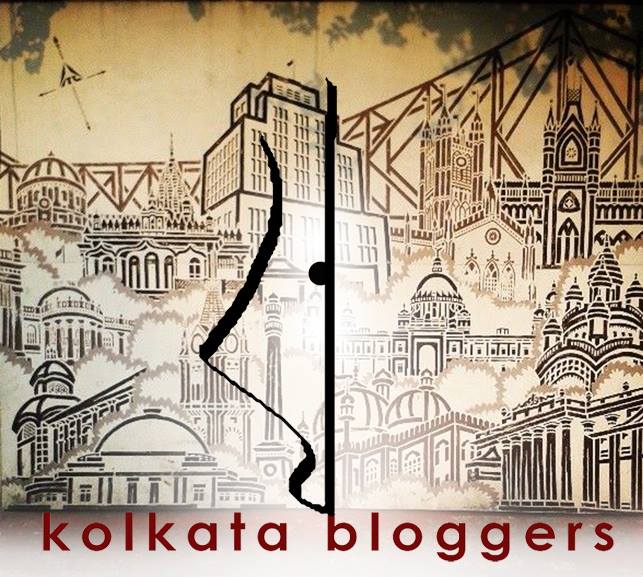